Kabir – Between the conscious and the unconscious

Published by Ivan M. Granger at 6:12 am under Poetry

Between the conscious and the unconscious, the mind has put up a swing
by Kabir

Between the conscious and the unconscious, the mind has put up a swing:
all earth creatures, even the supernovas, sway between these two trees,
and it never winds down.

Angels, animals, humans, insects by the million, also the wheeling sun and moon;
ages go by, and it goes on.

Everything is swinging: heaven, earth, water, fire,
and the secret one slowly growing a body.
Kabir saw that for fifteen seconds, and it made him a servant for life. 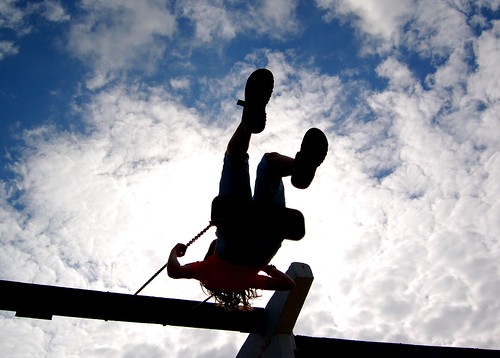 This is a rather loose translation, but I like it.

Everything is swinging: heaven, earth, water, fire,
and the secret one slowly growing a body.

There is a continuous flowing between the subtle and the manifest, between spirit and matter. Spirit pours through matter, giving it life and awareness. Matter, in turn, gives form to spirit, striving to embody the limitless amidst limitation.

And so the swing goes back and forth, patiently, playfully, sometimes exhilarating, sometimes frightening.

It isn’t a process where we find that perfect spot and then it all stops. “It never winds down.” It is an interplay that continues, and we find our rightful place by seeing the entire dance…

Kabir saw that for fifteen seconds, and it made him a servant for life.

Kabir is not easily categorized as a Sufi or a Yogi — he is all of these. He is revered by Muslims, Hindus, and Sikhs. He stands as a unique, saintly, yet very human, bridge between the great traditions that live in India. Kabir says of himself that he is, “at once the child of Allah and Ram.”

He was born in Varanasi (Benares), India, probably around the year 1440 (though other accounts place his birth as early as 1398), to Muslim parents. But early in his life Kabir became a disciple of the Hindu bhakti saint Ramananda. It was unusual for a Hindu teacher to accept a Muslim student, but tradition says the young Kabir found a creative way to overcome all objections.

The story is told that on one particular day of the year, anyone can become a disciple by having a master speak the name of God over him. It is common for those who live near the Ganges to take their morning bath there in the sacred waters. The bhakti saint Ramananda took his bath as he did every day, by arising before dawn. On this special day, Ramananda awoke before dawn and found his customary way down to the steps of the Ganges. As he was walking down the steps to the waters, a little hand reached out in the predawn morning and grabbed the saint’s big toe. Ramananda was taken by surprise and he expressed his shock by calling out the name of God. Looking down he saw in the early morning light the hand of the young Kabir. After his bath in the early light he noticed that on the back of the little one’s hand was written in Arabic the name Kabir.  He adopted him as son and disciple and brought him back to his ashrama, much to the disturbance of his Hindu students, some of whom left in righteous protest.

Not much is known about what sort of spiritual training Kabir may have received. He did not become a sadhu or rununciate. Kabir never abandoned worldly life, choosing instead to live the balanced life of a householder and mystic, tradesman and contemplative. Kabir was married, had children, and lived the simple life of a weaver.

Although Kabir labored to bring the often clashing religious cultures of Islam and Hinduism together, he was equally disdainful of professional piety in any form. This earned him the hatred and persecution of the religious authorities in Varanasi. Nearing age 60, he was denounced before the king but, because of his Muslim birth, he was spared execution and, instead, banished from the region.

He subsequently lived a life of exile, traveling through northern India with a group of disciples. In 1518, he died at Maghar near Gorakhpur.

One of the most loved legends associated with Kabir is told of his funeral. Kabir’s disciples disputed over his body, the Muslims wanting to claim the body for burial, the Hindus wanting to cremate the body. Kabir appeared to the arguing disciples and told them to lift the burial shroud. When they did so, they found fragrant flowers where the body had rested. The flowers were divided, and the Muslims buried the flowers while the Hindus reverently committed them to fire.

2 Responses to “Kabir – Between the conscious and the unconscious”