Muhammad Shirin Maghribi – The Moon of Your Love

Published by Ivan M. Granger at 9:07 am under Poetry

The Moon of Your Love
by Muhammad Shirin Maghribi

Not a single soul lacks
a pathway to you.

There’s no stone,
no flower —
not a single piece of straw —
lacking your existence.

In every particle of the world,
the moon of your love
causes the heart
of each atom to glow. 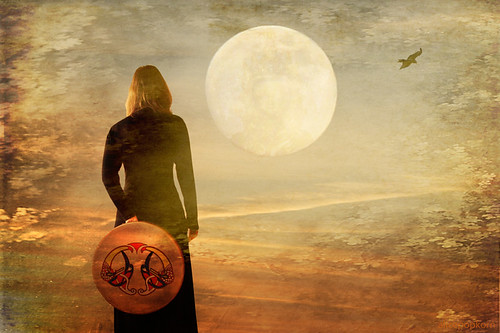 When I first discovered this poem I instantly fell in love with it.

Not a single soul lacks
a pathway to you.

This simple statement is so profoundly healing to the questing human heart.

In a world that places so many demands upon us, in which we pile up our own countless goals and deadlines, it becomes all too easy to feel lost and separated from the Divine. But it is never so…

There’s no stone,
no flower —
not a single piece of straw —
lacking your existence.

The pathway is to simply and entirely recognize the divine existence already present.

We imagine Herculean efforts are required, isolation, smothering asceticism, travels to exotic lands. We forget that the holiest place we can discover is immediately behind the breastbone.

Every effort, in the end, is to reach exhaustion, until we are finally too tired to continue telling ourselves stories about our lives. Finally, finally we fall silent. Finally, we witness ourselves as we are.

What we discover leaves us speechless.

In every particle of the world,
the moon of your love
causes the heart
of each atom to glow.

Every effort, the entire pathway, leads to precisely one step: a step out of the way. That’s when real opening occurs, and it is effortless. The love and light already present blossom within the heart. And every atom, all the universe, is lit up with us.

(You think I’m just spinning another pretty story, don’t you?)

Mulla Muhammad Shirin Maghribi was a hugely influential Sufi poet, as well as a world-traveler and a student of the great Sufi philosopher ibn Arabi.

Maghribi is said to have received illumination during an arba’een (a Shi’a religious gathering in honor of Husayn) under the guidance of his spiritual sheikh.

Maghribi’s poetry has had such resonance that many of his poetic utterances have become popular proverbs in Persian.

3 Responses to “Muhammad Shirin Maghribi – The Moon of Your Love”