Published by Ivan M. Granger at 8:50 am under Poetry

The sun can only be seen by the light
of the sun. The more a man or woman knows,
the greater the bewilderment, the closer
to the sun the more dazzled, until a point
is reached where one no longer is.

A mystic knows without knowledge, without
intuition or information, without contemplation
or description or revelation. Mystics
are not themselves. They do not exist
in selves. They move as they are moved,
talk as words come, see with sight
that enters their eyes. I met a woman
once and asked her where love had led her.
“Fool, there’s no destination to arrive at.
Loved one and lover and love are infinite.”

— from The Hand of Poetry: Five Mystic Poets of Persia, with Lectures by Inayat Khan, Translated by Coleman Barks 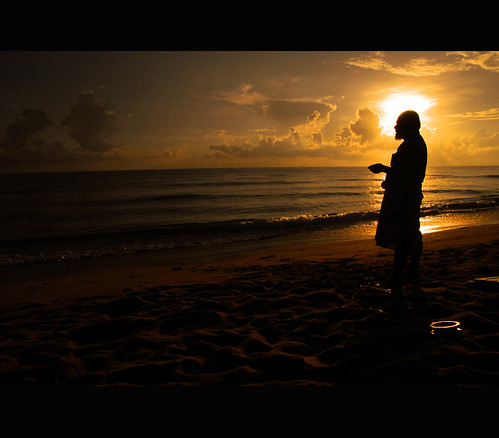 The sun can only be seen by the light
of the sun.

The sun here is, of course, a reference to God. But then, what does it mean to say that God can only be seen by the light of God?

One doesn’t perceive God as a separate, objectified reality. There is no place ‘outside’ of God to stand in order to observe God as something exterior. In fact, there is no eye in the common sense that can view God.

The only way to see God is by the “light” of God. That is, instead of looking, looking everywhere, we must stop looking and notice the divine radiance already present, right here, right now. We are drawn to that radiant presence, growing closer to it until we are “dazzled” — confounded by the scintillating wholeness that is beyond the mind’s ability to conceptualize.

Entering the radiance more deeply, we are finally swallowed by it “until a point / is reached where one no longer is.”

Mystics
are not themselves. They do not exist
in selves.

The little self that imagines itself as a being separate from others and the world around it no longer exists in the fluid unity of this radiance that fills and connects everything.

At that point there is only the “light of the sun”, only divine radiance, within and without — everywhere! When the light is recognized as being all-pervading, nothing separate or left out, that is when the Divine is truly witnessed in wholeness and unity.

But have we gotten anywhere? No, since the question implies we have left one place or state of awareness and entered another, which is still perceiving reality from a sense of separation. Instead, we have recognized the unlimited nature of Reality. And we are individual (but not separate) points of awareness within that wholeness.

“There’s no destination to arrive at.
Loved one and lover and love are infinite.”

Farid ud-Din Attar was born in Nishapur, in what is today north-east Iran. There is disagreement over the exact dates of his birth and death but several sources confirm that he lived about 100 years. He is traditionally said to have been killed by Mongol invaders. His tomb can be seen today in Nishapur.

The name Attar means herbalist or healer, which was his profession. (The profession can also carry implications of alchemy.) It is said that he saw as many as 500 patients a day in his shop, prescribing herbal remedies which he prepared himself, and he wrote his poetry while attending to his patients.

About thirty works by Attar survive, but his masterpiece is the Mantic at-Tayr (The Conference of the Birds). In this collection, he describes a group of birds (individual human souls) under the leadership of a hoopoe (spiritual master) who determine to search for the legendary Simurgh bird (God). The birds must confront their own individual limitations and fears while journeying through seven valleys before they ultimately find the Simurgh and complete their quest. The 30 birds who ultimately complete the quest discover that they themselves are already one with the Simurgh they sought, playing on a pun in Persian (si and murgh can translate as 30 birds) while giving us an esoteric teaching on the presence of the Divine within us.

A traditional story is told about Attar’s death. He was taken prisoner by a Mongol during the invasion of Nishapur. Someone soon came and tried to ransom Attar with a thousand pieces of silver. Attar advised the Mongol not to sell him for that price. The Mongol, thinking to gain an even greater sum of money, refused the silver. Later, another person came, this time offering only a sack of straw to free Attar. Attar then told the Mongol to sell him for that was all he was worth. Outraged at being made to look like a fool, the Mongol cut off Attar’s head.