Basava – The eating bowl is not one bronze

Published by Ivan M. Granger at 6:39 am under Poetry

The eating bowl is not one bronze
by Basava

The eating bowl is not one bronze
and the looking glass another.

Bowl and mirror are one metal
Giving back light
one becomes a mirror.

Aware, one is the Lord’s;
unaware, a mere human.

Worship the lord without forgetting,
the lord of the meeting rivers. 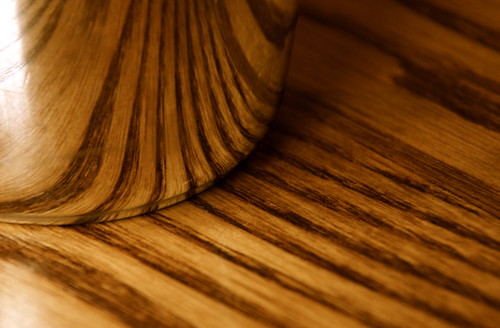 I have been rereading about the Virasaivas of southern India. Basava’s words have been whispering behind my thoughts, so I felt today was a good day to share one of his poems…

Bronze is a soft metal, easily shaped. It can be hammered into a bowl or flattened and polished, forming a simple mirror.

Basava is playing with a traditional teaching metaphor in this poem: both the bowl and the mirror are made of bronze. Mentally we label them as being different, but fundamentally they are the same substance, “one metal.”

The bronze can be understood to represent God. All beings, all things are made of the same substance, though we mentally distinguish them by outer form. The only difference between the eating bowl and the mirror is the shape they have taken on. We can say that the mirror has recognized its nature as a bronze object. The nature of bronze, when straight and polished, is to give back light.

We are all constructed of the same God-stuff. When we become aware of our nature and polish ourselves we give back light as we reflect the wider reality.

Aware, one is the Lord’s;
unaware, a mere human.

Basava, sometimes referred to reverently as Basavanna or Basaveshwara, was a twelfth century devotee of Shiva and early organizer of the Virasaiva Lingayata sect in the Kannada-speaking regions of southern India.

The Virasaivas were a Shiva bhakti movement that rejected the elaborate ritualism and strict caste system of orthodox Hinduism which favored the wealthy, and instead emphasized direct mystical experience available to all through deep devotion to God. In this sense, the Virasaiva movement was a mystical protestant movement that also asserted social equality and justice for the poor. As Lingayatas they worship Shiva in the form of the linga, the stone symbol that represents God as creative generator of the universe or, more deeply, as a representation of the Formless taking form.

Basava was orphaned at a young age but adopted by a wealthy family with political connections. He received a good education but rejected a life of comfort and prestige to become a wandering ascetic dedicated to Shiva.

He received enlightenment at a sacred meeting of rivers. This is why all of Basava’s poems include a reference to Shiva as “the lord of the meeting rivers.” This also has a deeper, esoteric meaning relating to the subtle energies awakened in the yogi’s awareness.

However, he soon was given a divine command to return to worldly life. Basavanna initially resisted, but eventually yielded and returned to his adopted family. Before long he attained high political office while, simultaneously, forming the new populist mystical movement of Virasaivas into a coherent, egalitarian community. This community fostered many other great poet-saints, including Akka Mahadevi and Allama Prabhu.

This utopian community began to be seen as a threat by the orthodox religious and political establishment, however, and they used the marriage between a low caste man and a brahmin woman within the community as an excuse to kill several of its members. Basava urged a nonviolent response, but the reflex to counterattack was too strong among some of the community’s members. In the tense aftermath, the community disbanded, though it remains a source of inspiration for poets and mystics through today.

2 Responses to “Basava – The eating bowl is not one bronze”