Published by Ivan M. Granger at 8:13 am under Poetry

A day so happy.
Fog lifted early I worked in the garden.
Hummingbirds were stopping over honeysuckle flowers.
There was no thing on earth I wanted to possess.
I knew no man worth my envying him.
Whatever evil I had suffered, I forgot.
To think that once I was the same man didn’t embarrass me.
In my body I felt no pain.
On straightening up, I saw the blue sea and sails. 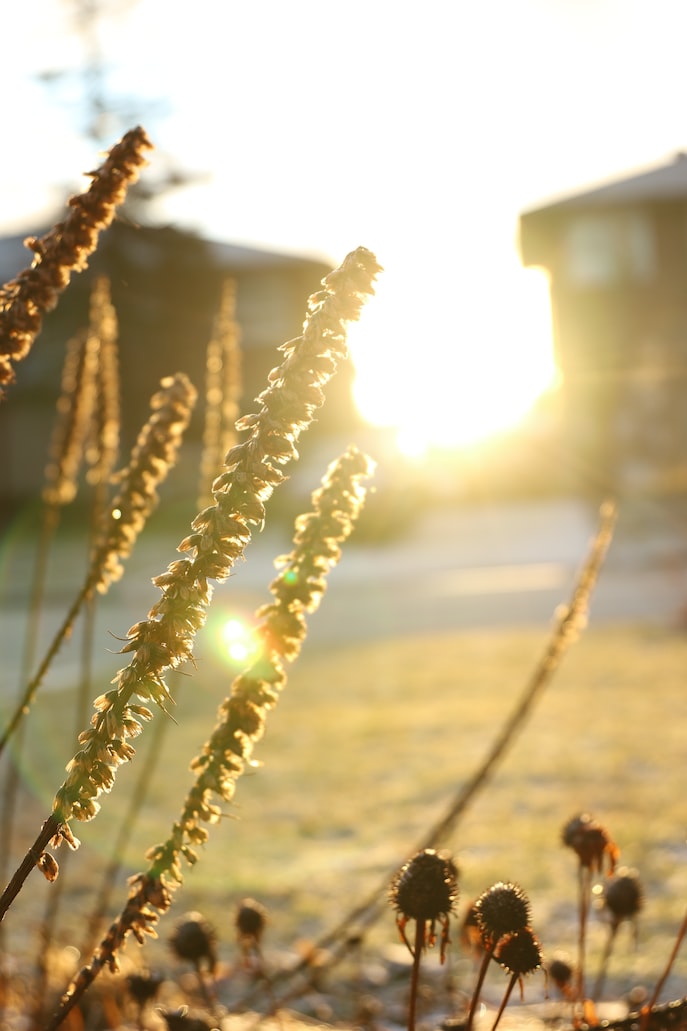 A moment of pure, natural bliss.

Hummingbirds were stopping over honeysuckle flowers.

There is such relief for the spirit in the lines–

There was no thing on earth I wanted to possess.
I knew no man worth my envying him.
Whatever evil I had suffered, I forgot.

We imagine that there is so much to do — to provide for ourselves, to ornament our lives, to right wrongs — but they can be a terrible burden. The burden is not in the effort of accomplishment; rather, it is because we have taken the joy and the wholeness that is inherent and always present within ourselves and we have externalized it. We tell ourselves, “I can experience happiness and rest when I make this happen or when I have corrected that.” But this and that are never fully attained, so we strive relentlessly while depriving ourselves of the fulfillment that is our birthright.

All that can be healed with a holy moment, a quiet moment in the garden at dawn with the fog lifting.

In my body I felt no pain.
On straightening up, I saw the blue sea and sails.

Have a beautiful morning!

Czeslaw Milosz was a Polish-American Nobel Prize winning writer. He was a rare voice of conscience, human insight, and gentle mysticism, in the midst of the Cold War era that defined the latter half of the 20th century.

Milosz was born in a small town in Lithuania during the final years of czarist Russia. At the end of World War I, while he was still a boy, his family moved to Vilna (Vilnius). There, he received a rigorous Roman Catholic education, but one that didn’t allow for much intellectual freedom or exploration.

After graduating from the University of Vilna in 1934 with a degree in law, Czeslaw Milosz traveled to Paris, where he connected with his uncle, a diplomat who put Milosz in touch with the Parisian literary community.

Czeslaw Milosz settled in Warsaw just before the German invasion at the beginning of World War II. He became a leading figure in the Warsaw literary scene, and championed art that was both personal and political, rather than merely an expression of aesthetic craft. As the war and occupation continued, Milosz became a writer for the Polish resistance movement.

At the end of the war, when Poland fell under Communist control, Milosz briefly became a diplomat in the service of the new government. However, in the early 1950s, he sought asylum in France, along with his wife and children.

In 1960, Milosz moved to the United States, becoming a professor at the University of California at Berkeley.

Very late in life, Czeslaw Milosz returned to Poland as a cultural hero, and settled in Krakow. It is there that he died in 2004.